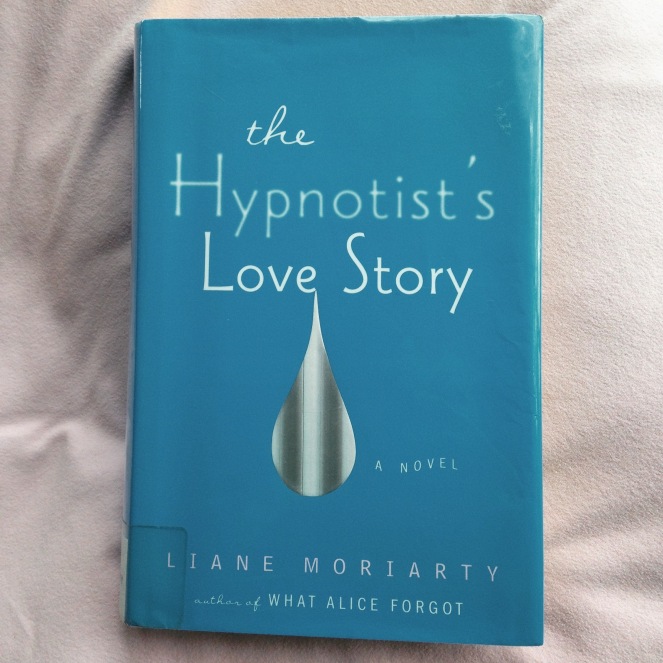 Read with food: chocolates ~ lots of them in assorted flavors

From the author of critically acclaimed What Alice Forgot comes a wonderfully fun, insightful novel about the crazy things we do for love.

Ellen O’Farrell is a bit unusual. She’s a hypnotherapist. She’s never met her father. And she can’t seem to keep a relationship going (okay, that’s more normal that we want to admit). When Ellen meets Patrick, she’s hopeful nevertheless. But when he says he needs to tell her something, she fears the worst. However, when Patrick reveals that his ex-girlfriend is stalking him, Ellen thinks, Is that all? Actually, that’s kind of neat. She’s more intrigued than frightened. What makes a supposedly smart, professional woman behave this way? She’d love to meet her. What she doesn’t know is that she already has.

After reading some of Liane Moriarty’s other best selling novels such as Big Little Lies and the Husband’s Secret, I was expecting another phenomenal read. However, I was a bit disappointed.

Ellen and Patrick are a couple. Patrick used to go out with Saskia, and now Saskia is stalking Patrick. Ellen is a hypnotist, who has a client named Deborah. Deborah and Saskia are the same person. The premise was intriguing enough to make me read the book and keep me interested overall. There were parts of the story that slowed for a bit and became almost boring, but then something dramatic would happen to make me forget all about it.

For a book about a stalker, it was not scary or what I would consider a psychological thriller. Saskia just seemed sad and a bit pathetic. As with all of Liane Moriarty’s books, the focus is on the romantic and family relationships. I’m glad I read The Hypnotist’s Love Story, but if you’re new to Liane Moriarty’s books, might I suggest starting with a different one?

For fans of Liane Moriarty:

What’s your favorite book of hers?